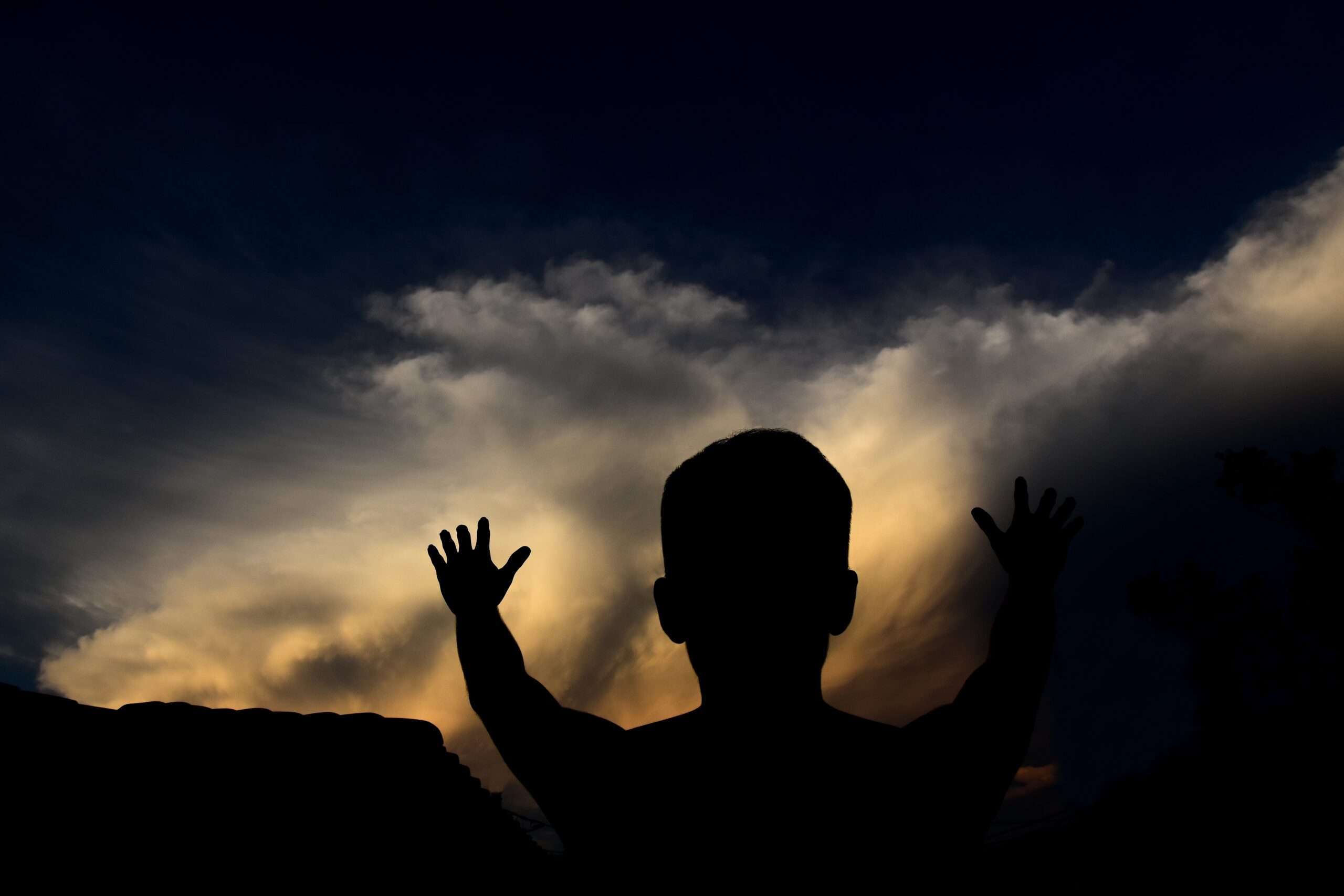 “Hello Jim!” You all shout.

“And I am a sinner.” Or everyone in the church said I was, anyway.

This is how I became an ex-sinner.

We have all sinned and fallen short of the glory of God. I was thinking, where can I find God? Who is God?

I can agree with the last part. How can humans understand God and act less than God about the universe?

I mean, He built it. She created all of it; he hears us when we talk to Him. Every time. By the way, who is God to you?

Except when we don’t get what we asked for, such as where is the proof of God’s existence?

He is a loving, kind God and vengeful, jealous God. Huh? Sounds like my neighbor’s grandfather.

Why do we put all these human characteristics on God?

A story about God, something we have a hard time imagining – something that created all of us, but what about the proof of God’s existence? And where can I find God? And all there is, and all the laws of the universe, is like my neighbor’s grandfather? He confounded great human minds such as Einstein until Einstein could only theorize a part of what God did. So, let’s explain who God is in your life.

This Great Creator is as moody as that grandfather next door, who po-po his scruffy dog, and condemns the dog walkers to Hell if their dog pisses on his lawn?

Now the Bible seems to say to me thou shalt not judge. It is about forgiveness and love, and non-judgment. That’s the New Testament, anyway. So how can a newborn baby be a sinner? And who are we to judge always? No, something isn’t clicking. Something is wrong here.

And something is wrong in so many places. God gives us free will and then says if we do a terrible thing, we will go to Hell for eternity. It does not make sense.

What was the problem??

This was the problem I had regarding God as I was growing up. I got many answers from many authority people, and they all contradicted each other about who God is.

No matter who I asked, I heard similar BS logic trying to sound rational. I asked church elders where i find god, and soon as I heard, “Hmmm, that’s an excellent question, young man. Well, ….”    I knew they didn’t have a clue.

So I was frustrated with God and getting worse, so I quit. I needed a break. So I stopped asking.

Years went by, and I wanted to maintain some sanity.

A classmate asked me if I believed in God and if God was real.

I asked him how does he know?

He replied it says so.

I smiled, said bye, and left. I didn’t want to hear anymore.

Years passed. Maybe decades. Maybe God is real, maybe not, but thinking about it seemed an exercise in frustration.

So no more who is God or is God alive questions. My mind went on vacation regarding the subject.

But God doesn’t give up on us so quickly, it seems. Even if we give up on Him, he is a stubborn creator. He bided His time. He is pretty wise for an old guy, and  naturally has to be.

Then He saw His chance. A chance to impart some wisdom into the tired mixed-up mind of someone He knew still wanted answers, no matter what I told myself.

So I found myself in a thrift store and found a book of cassette tapes called Conversations with God. Thought sh%$. I sighed as I read on the cover about what was inside, liked what I read and forked over the hard-earned cash I had earmarked for a fat Jack in the Box or n-Out burger.

I put the first tape in my tape deck and reluctantly pushed play. It was not what I was used to hearing when it came to Biblical things. It said crazy sinful things that I was going to go to Hell for eternity for even buying. And crazy stuff, like Hitler, isn’t in Hell, and no, babies are not born in sin.

By the way, now I can listen to everything the author Neale Donald Walsh says on YouTube. It seems he had similar frustrations as I did in the beginning.

OK, so there is a God, probably.

And other things started to happen in the years ahead.

I noticed there was a meditation class at a nearby Buddhist temple.

So I went to see if they could teach my attention-deficit self how to meditate.

The most significant spiritual person I have ever met.

Was it an accident or coincidence that I found myself in the first meeting with a young monk who spoke no English in a class with Americans who spoke no Chinese and an interpreter in between?

The Monk spoke a sentence in Chinese, and the interpreter carefully said, “Does anyone know why we meditate?”

I could read the room’s mood because I was one of them. I thought a moment was searching for the most profound reason I could publicly state (By the way, “profound sounding” – I became like the church elders I ran away from).

The profound reasons that flowed like honey out of that room gave flies on the wall a sugar high. Everyone sounded like a poet.

After the translator finished, the Monk shook his head and said something the interpreter rephrased: “No. You’re mistaken.” The room fell still.

“We meditate so we don’t have to come back here.”

What? How simple, How direct, How un-human, How un-pass the collection plates.

A religious person is not interested in money or growing his followers and seems only interested in helping people in their spiritual journey and progress. I love it.

What unusual, How special, How unselfish, How long will this temple allow him to teach here?

All of that was true, even the last question, and he lasted just a few years. He had to leave, but fortunately, some wealthy followers also appreciated his uniqueness and sponsored him in a rented house until now, he is at a new temple. It reminds me of another teacher who got into trouble with the elders by stirring the pot of selflessness.

Monk Wei Shi, his name is, and someone told me it meant from the East, but he enjoyed life. He is what I should be – happily appreciating this life. He always looked to be wearing a smile. Most people might think he had nothing – just the robes on his back, but none of the luxuries most normal people desire.

He joked also. Want to hear a Monk’s joke?

One time in China, a long time ago, a young girl was on her way to get water from a stream.

A young man was there, sitting by the road. When he saw her, he jumped up, ran next to her, and told her she was the prettiest girl he had ever seen.

He told her no, it was true. You are gorgeous. I am in love. I want to live with you forever and ever.

She giggled some more. Then they said, “Well, if you think I am the most beautiful you have ever seen, then you should see my sister, who is just over there.”

She nods behind her. He looks.

She gathers her pale and starts walking away.

The boy looks back at her and asks, “Hey, where are you going? I am in love with you.”

She asks him, “If I am the most beautiful you have ever seen and you love me, why did you look for my sister?”

And she walked away to live happily ever after. Smart girl. Smart Monk.

A glimpse at realization:

Something else happened to me in that meditation class. It seemed very small but was immense as the sea. It came out of nowhere, lasted less than a millisecond, was there and gone, and never came back.

I meditated for two years there, meaning I and the others sat on a pillow in the temple basement for an hour and a half with our eyes closed.

After two years of this, I was getting antsy, waiting for something to happen. That Sunday was like every other Meditation Sunday. “OK. Meditate,” the translator said, and we all closed our eyes.

But something burned through my mind halfway through class and without warning.

I felt, and I knew from every atom in my body and in the universe knew, though it probably didn’t care, I knew, for a split second, I realized that I, or my body, was made of the same stuff that the vast wooden support beam near me holding up that building was. I was the same, and we are connected to the universe.

It doesn’t sound like much; the heavens never opened up, and no voices came out of heaven. But there it was. A tiny fraction of the minor little thing in the universe, something I could call a splinter of a molecule of enlightenment, landed on my head like a boulder.

I could say I started acting and thinking like an awakened spirit, but no. Except for the wow, I feel when I remember it, no.

Regardless of religion, this was the proof of God’s existence that is open, I am sure, to anyone and everyone seeking this path to understanding.

There is more coming in Part 2. Let me give you a rest and an opportunity to think about what has happened to me and can happen to anyone who asks for it, for I have no doubt a part of me asked for it all. The ABCs of finding happiness through religion is one way to get peace in life.

Reverand Lee and the readings

Love and Max and the world

Posted on January 13, 2022November 26, 2022 by Jim Chilson — 3 Comments
Categories: Article, Spirituality
Tags: a story about god, god love stories, god stories, godly love stories, in search for god, searching for a god to love, stories about gods love, the story of god's love for you